NOT to be confused with the “Himalayan Blue” Poppy –

(which is a COMPLETELY different Strain of Poppy altogether)

(currently at LOW SUPPLY this Season)

This Cultivar’s Variety is known as one of the Highest Yielding of the BLUE Seeded type (since 2011)!

Of the analyzed materials, only cultivar ‘Buddha’ could be clearly considered as an industrial high-content poppy type (1.8%, see Table4, group I):

Which is probably why this one I grew, holds the RECORD for MOST Pods on a Single Blue-Seeded Poppy. (UNTIL i BROKE MY OWN RECORD)

As it Produced over 75+ Blooms & Pods on a SINGLE PLANT! (as shown in the Pics below) 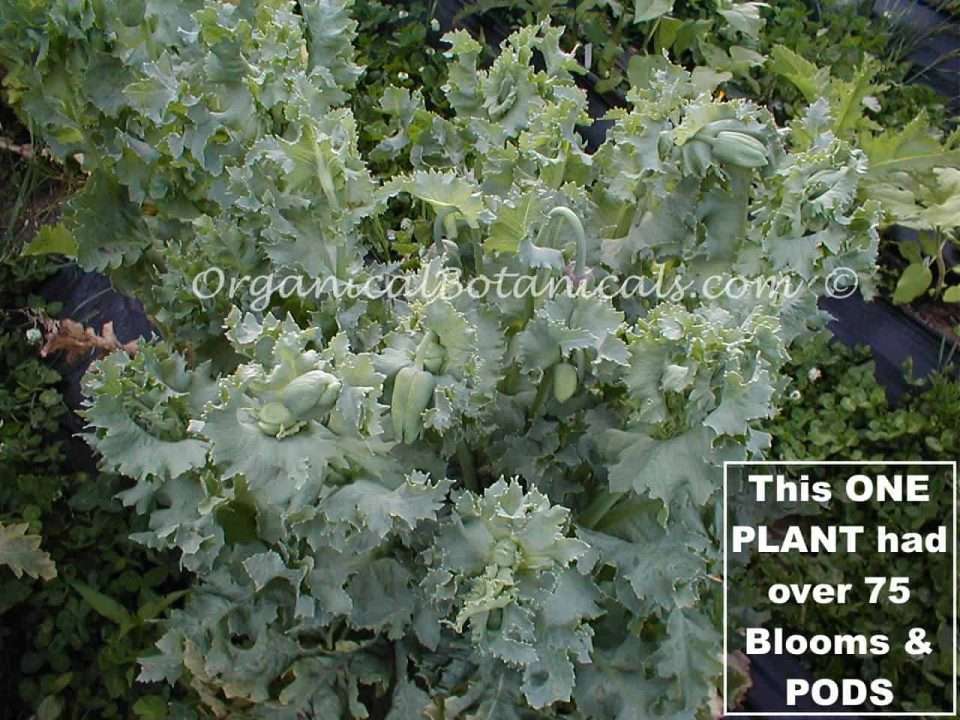 (NOTE: I cannot Guarantee that you will get the same amount of Blooms, as the one we grew in the Photos.

If you’re new to growing these Poppies,

I suggest you Visit the ‘Tutorial‘ Section of our Blog